SINGAPORE (EDGEPROP) - Bungalow transactions in Sentosa Cove have picked up markedly since late last year. This year, two properties have been sold, according to caveats lodged in February: One on Paradise Island for $12.7 million ($1,296 psf) and another on Ocean Drive for $13.3 million ($1,471 psf).

However, agents who specialise in Sentosa Cove houses say there are several other bungalow deals at various stages of completion, where the options have yet to be exercised or caveats have yet to be lodged.

One such deal is for a seafront bungalow along Ocean Drive. The property, which sits on a 99-year leasehold site of about 8,148 sq ft, changed hands for $15 million ($1,841 psf). The buyer is believed to be a Singapore permanent resident (PR). The living room of the house at 11 Cove Grove, which is going for $39 million. (Picture: SRI)

Bruce Lye, managing partner of SRI who brokered the sale of the house at Ocean Drive, sees potential buyers looking at the prospect of tearing down and rebuilding the house or undertaking extensive addition and alteration (A&A) works. “Many of the houses along Ocean Drive are already 13 to 14 years old as they were completed sometime in 2006-2007,” he says.

SRI senior division director Lester Chen says he has been approached by several owners to help market their Sentosa bungalows for sale in recent months. He is currently marketing 20 houses at Sentosa Cove worth $600 million in sales value, although not all are on an exclusive basis. “Close to half of the sellers I represent own two or more houses in Sentosa Cove, while the rest own one property each,” he says. 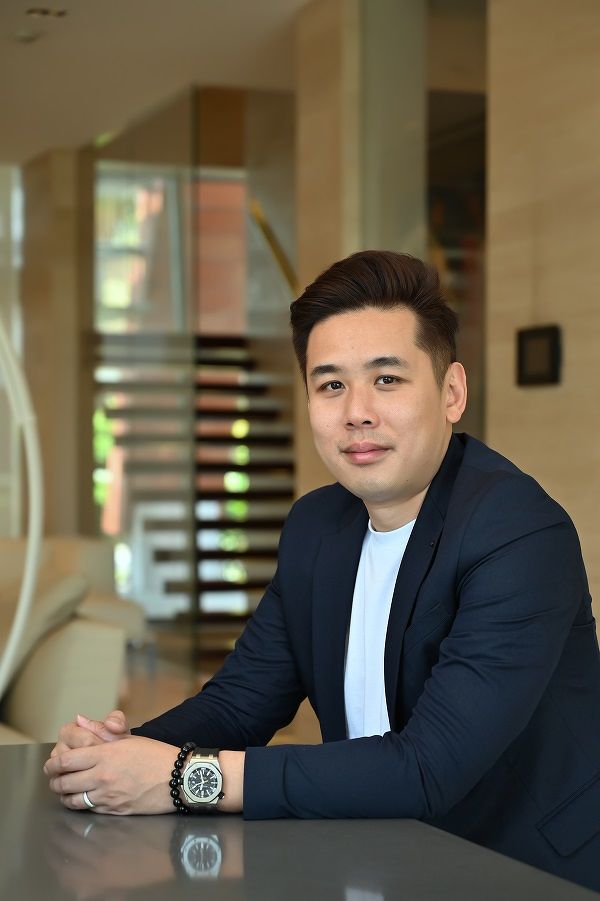 Most of the houses Chen is currently marketing are either vacant or have been rented out on short-term leases. “In most cases, the owners live overseas and have left their properties vacant. Occasionally, they rent them out if they can find a tenant,” he says.

Cove Grove bungalows for $39 million each

However, there are many Singaporean investors who own several bungalows on Sentosa Cove. For example, Chen is marketing a two-storey bungalow at 11 Cove Grove that has been vacant for the past year. The Singaporean owner had originally purchased the site along with the neighbouring plot at 9 Cove Grove, and developed two houses of similar design. The Singaporean investor who owns the two houses at Cove Grove also owns two other bungalows at 122 and 124 Cove Drive, which front the golf course as well as a villa on Pearl Island.

The three-storey house at 122 Cove Drive faces the golf course. But unlike other parts of the golf course perimeter that is lined with fencing and trees, this section of the course is unfenced, and the house enjoys an unblocked view of the green lawns, says Chen. In 2017, the owner attempted to auction off the houses at 122 Cove Drive and 124 Cove Drive with opening prices of $19.8 million and $19.9 million, respectively. He also tested the market at the time by putting up his Pearl Island bungalow for auction in June 2017 at an opening price of $16.5 million ($2,264 psf). None of the houses was sold at auction then.

For lease, for sale

“Typically, tenants consider the floor size of the house, but for those two houses, the tenants really liked the views and the design of the house and were willing to pay the asking rents,” says Chen. He adds: “This owner has been trying to sell his four houses for the past five years, but he is not in any rush.”

According to Chen, he has two buyers who are interested in purchasing adjacent plots in Sentosa and is considering the sites at 9 and 11 Cove Grove, as well as 122 and 124 Cove Drive. “This is a multigenerational family who want to have their own house, yet live next to each other,” he says. Just after the Lunar New Year holiday this year, Chen also served a Chinese couple who have been residing in Singapore for the past few years and are renting a Good Class Bungalow (GCB). The couple are hoping to obtain their Singapore citizenship, which will enable them to buy their own GCB. “In the meantime, they want to buy a house at Sentosa Cove to enjoy the resort lifestyle,” says Chen.

Other foreign buyers who are not currently in Singapore are waiting for international travel restrictions to be lifted before committing to their landed home purchases in Singapore, Chen says. He adds that many are shifting their business operations here, but want to personally view the available houses on the market before purchasing a home.

In general, the price gap between buyers and sellers has been narrowing over the past three years as more sellers have lowered their prices “to a more realistic range”, says Chen. “Some owners who became citizens in recent years are also looking to sell their Sentosa Cove houses in order to buy a GCB on the mainland,” he adds.

Prices of Sentosa Cove bungalows vary, depending on the plot size, the location and the views. “Prices are subjective and dependent on the site attributes,” says Lye. “Some buyers are willing to pay a premium for a new property.” Lye reckons that the price differential of bungalows in Sentosa Cove could widen further as the waterfront enclave matures. For instance, the houses on the islands that were built by a single developer, such as Coral Island, Paradise Island, Pearl Island and Sandy Island, cannot be torn down and rebuilt by the owners. This is to be in keeping with the facade of the other houses on the island, he adds. “The exceptions are: Treasure Island, which was purchased and developed by several tycoons; and the houses along the main arterial roads such as Ocean Drive, Cove Drive, Cove Grove and Cove Way, where the bungalow lots were purchased by individual owners who developed the houses themselves.”